Seminar on IoT and Research Methodology

His first talk titled, “Internet of Things (IoT) – A Pervasive Technology for Innovation“, gave a brief overview of the emergence of IoT and its application in various areas. During the talk, Dr. Jayasumana touched upon topics such as compressive sensing, reliability of data quality, network aware nodes, and environmental concerns related to IoT.  Speaking about the progress and growth of IoT, Dr. Jayasumana said, “The development of Internet of Things (IoT) has been there for the past 15 years in different names and forms. The prediction about the number of devices that are going to be connected to the internet is about 20 billion by 2016 and 50.1 billion by 2020. The devices include different types of sensors, smart phones, computers and radars. As a matter of fact, the direct machine to machine (M2M) communication which is called ‘interchatter’ is on the rise every year. From an industry point of view, the top two beneficiaries of IoT applications would be healthcare and manufacturing; however the possibilities are unlimited and applicable to any industry.”

Dr. Jayasumana’s second talk titled, “Research Methodology & Strategy for Quality Paper Publication“, provided general pointers on how to improve one’s research skills, what approach to take at various stages of research, and how to accurately document and analyze research findings. The talk was well attended by PhD and Masters students, as well as young faculty and staff interested in getting into research.  Mr. Unnikrishnan, a staff member at AMMACHI Labs who attended the talk, said, “Dr. Jayasumana encouraged everyone to read five papers a day and then go indepth into a selected paper to identify the problem, discover how data was collected, and see how the paper was organized and written.”

Talking about the research process, Dr. Jayasumana stressed the importance of identifying the problem accurately. He said that while thinking of a problem to address, it is important to pick something that one is genuinely passionate about and wishes to investigate. To help develop interest and curiosity, Dr. Jayasumana encouraged students to have frequent discussions with their advisors to initiate the thinking process.

Aside from research methodology, Dr. Jayasumana also spoke about the importance of publishing one’s research. “Sometimes we don’t publish because we think somebody must have done it and if somebody has not done it, it must not be important. We shouldn’t think like this. Also, good papers are the outcome of good research. If you do good work and if you are able to present it well, papers will follow.”

As the host of Dr. Jayasumana visit, faculty and staff from the Amrita Center for Wireless Networks and Applications gave presentations on the research work currently undertaken at the University and at the Center. Following the presentations, the Center’s PhD scholars and Masters students discussed their research topics and received valuable feedback and suggestions. Dr. Jayasumana also visited the Center’s nano solar lab and the landslide simulation lab (WINSOC). The visit concluded with a discussion on future collaborations and the possibility of joint publications.

Speaking about his time at Amrita, Dr. Jayasumana remarked, “I was greatly impressed by a number of different aspects associated with Amrita Vishwa Vidyapeetham. The faculty and staff are exceptionally dedicated to their educational mission as well as to serve society. The institution, given its short history, has made tremendous progress. Overall I had a very enriching and enjoyable visit!”

Dr. Anura Jayasumana holds a joint appointment in the Departments of Computer Science and Electrical and Computer Engineering at Colorado State University. He is the Associate Director of Information Sciences & Technology Center and a member of the Coalition for Development and Implementation of Sensor Systems (CDISS) at Colorado State University. He is also a Distinguished Lecturer of the IEEE Communications Society. Dr. Jayasumana’s research interests span high-speed networking to wireless sensor networking and anomaly detection to defending against Distributed Denial of Service (DDoS) attacks. He has served extensively as a consultant ranging from startups to Fortune 100 companies. Dr. Jayasumana holds two patents and is the co-author of over 250 papers. He received his PhD in Electrical Engineering from Michigan State University, USA. 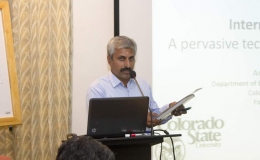 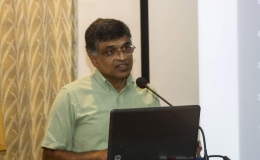 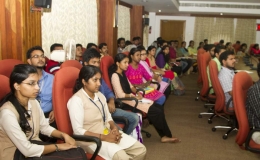 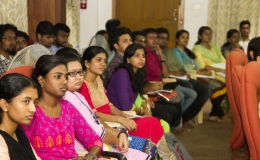 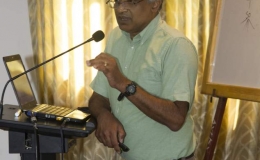 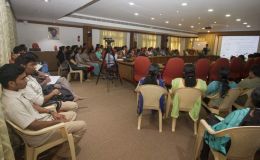 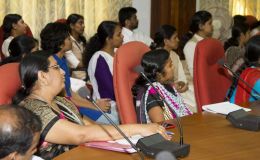 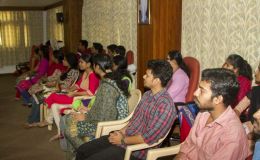 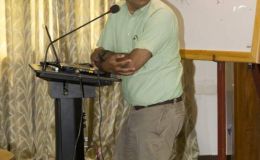 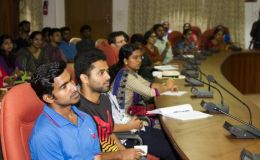 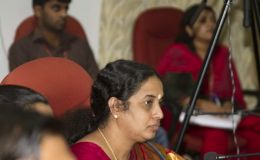 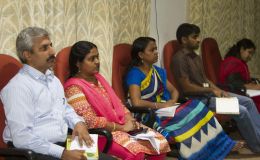