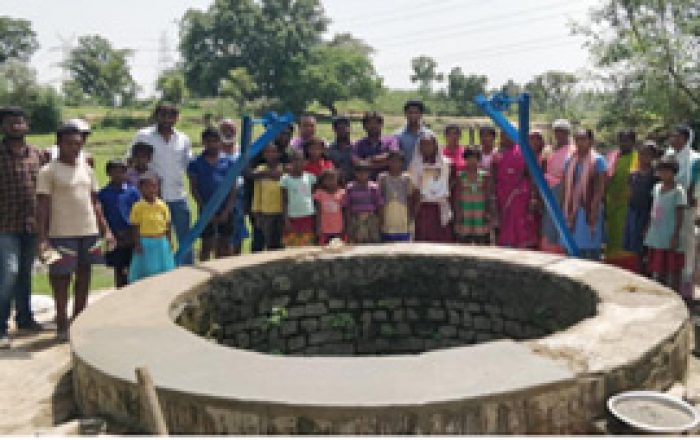 Identified Challenge & Aim: With approximately 17% of the world’s population and only about 4% of the world’s water, India is facing a water crisis. Furthermore, sustained access to water and management of water resources for agriculture are still common challenges faced in rural communities. This project looks into understanding the ground realities and challenges when it comes to rural water management for irrigation.

The Study/Innovation: The team went around the village and made a resource map to give them a clear picture of the sustainable resources available in the village and to understand the quantity of those available resources. The team also made observations about village life such as daily routines. They subsequently met with village officials to gain a better understanding of the social hierarchy and the key social networks. During this time, a collaborative brainstorming session was held with village leaders. The group learned that the biggest challenge in the village is the access to water and inefficient usage of water for irrigation. The session concluded with some viable options.

During their time in the village, the team noticed that none of the wells in the village had a pulley system. The villagers had to stand over the wells, supported by a beam, bend over and draw water out of the well. This particular style of drawing water from the well was not only quite tiring but also posed a threat. In collaboration with the villagers, the team came up with a plan to install a conventional pulley system at one of the wells in the village. The pulley would be supported on a rectangular beam like structure, with a rope and a bucket so that water can be drawn easily. After this initial effort to address the issue, students later designed, developed, and proposed a village-wide plan for sustainable access and efficient management of available water resources for irrigation and general daily use.