A Case Study on Health and Sanitation Challenges 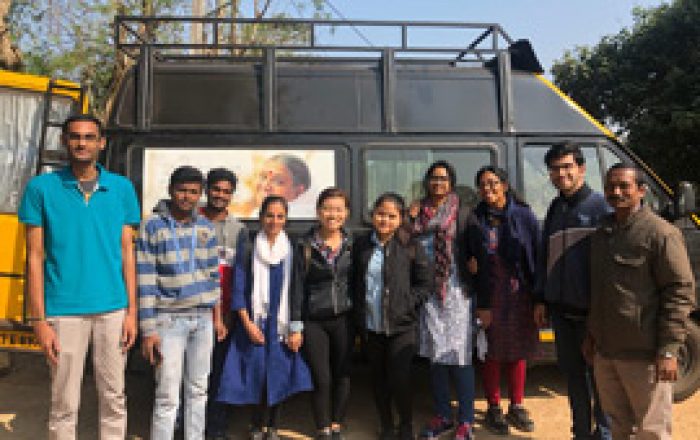 Amrita Partners: Students from the Center for Computational Engineering & Networking and the Amrita Institute of Medical Sciences & Research Center

In line with national efforts to eliminate open defecation, Amrita has launched a sustainable and scalable rural sanitation program of building toilets. However, changing existing sanitation practices is not an easy task and contemplation about the social, economic, and health impact of rural communities needs to taken into consideration as well as their motivation to alter current behavior.

Three students from the University at Buffalo, U.S. – Hemanta Adhikari, Pemba Sherpa, and Rosy Zel – participated in a health and sanitation project in the tribal village of Baripata, Orissa. Guided by Dr. Geetha Srikant, Center for Computational Engineering & Networking (CEN), they teamed up with students from CEN and the Amrita Institute of Medical Sciences & Research Center to develop a solution to bridge the gap between health and sanitation awareness among villagers. After spending time in the village, the team witnessed and documented ground realities and daily pain points of villagers, especially the women. The team collected data via semi structured interviews and conducted co-design workshops with village women. The workshops enabled the group to collectively brainstorm about viable solutions through various hands-on activities and conducted awareness sessions to promote an open defecation free (ODF) community.