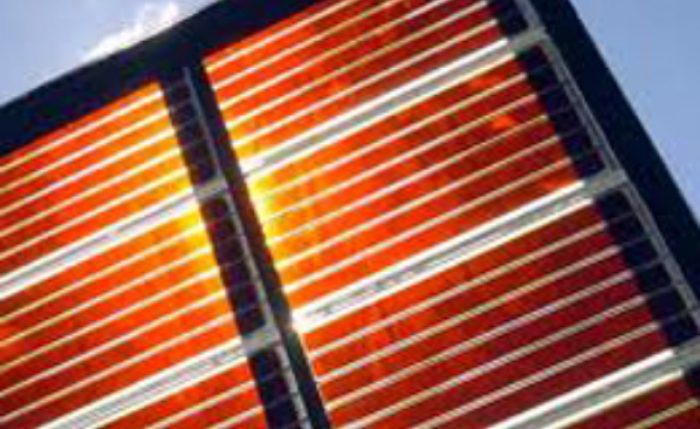 A dye-sensitized solar cell (DSSC) is a thin-film type, low-cost alternative to the existing silicon solar cells in commercial market. The state of the art DSSC is fabricated by combining a panchromatic ruthenium dye photosensitizer, an iodine electrolyte, and a thick mesoporous titania film between electrodes. This DSSC produces photocurrent from sunlight with up to 11 % efficiency. Further improvement in the efficiency of DSSCs is currently under intense investigations in several laboratories around the world to meet quick payback time. One of the crucial components in DSSCs, the photosensitizers shows promising routes to improve the efficiency further.

Photosensitizers must have the following features for improving the current generation solar cells:

Based on these requirements, many different photosensitizers including metal complexes, porphyrins, phthalocyanines, and metal-free organic dyes have been designed and applied to DSSCs in the past decade. In the past, the team has prepared many new ruthenium (II), Iron (II) polypyridyl complexes and organic dyes for photosensitization purposes.

In the current project, several new photosensitizers based on Ru(II), Fe(II) complexes and some organic dyes are being synthesized. The better-performing photosensitizers will be tested for further improvement in solar cell efficiencies, and their physicochemical properties will be studied for better understanding of the photophysics of DSSCs containing new sensitizers.

A study on the utilization of student welfare schemes offered by Government of Tamil Nadu in Coimbatore district.

A Behavioral Study of Ransomware – TO Develop a Generic Mitigation System