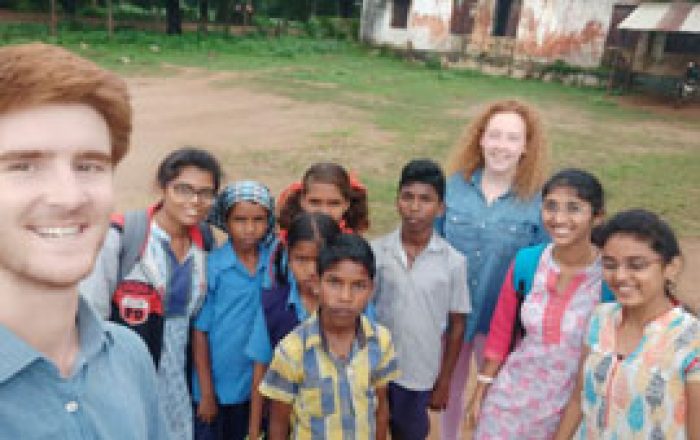 Due to traditional practices of exclusively engaging in agricultural work, many village residents do not feel there is much value in educating their children as they will become farmers as well. This perception has adversely affected the attendance rates in schools as well as the quality of education provided by teachers, who face their own difficulties of strained resources and improper infrastructure. To increase school attendance and improve the quality of education, the team proposed using interactive and engaging online content in conjunction with traditional teaching methods.

Based on analysis of the previous field study and several subsequent group discussion, a plan was devised around two major features to be implemented within the classroom. The first is a mentoring scheme to encourage peer learning, and the second is the introduction of technology-based learning content and activities to increase and maintain student engagement in the curriculum. After several brainstorming sessions, the team designed an in-house software package enabling dynamic recording of sessions and a system to streamline and distribute the recordings onto a portable device such as a tablet or a smartphone. A simplistic front-end was specifically targeted to cater to students and teachers who were not ‘tech savvy’. It was noted that most individuals of the village could learn on their own and navigate the software.

The team spent time in the village testing the effectiveness of the two features in pre-planned lessons and assessments. Data from examinations were collected, alongside continuous feedback from stakeholders and in-class observations, to produce an overall picture on the success of the methods. From the data extracted from the written tests, it was found that the mentoring scheme worked well to improve understanding of the assessed topics. The feedback from stakeholders and the observations made during sessions suggested that the use of technology in the classroom had a positive effect.