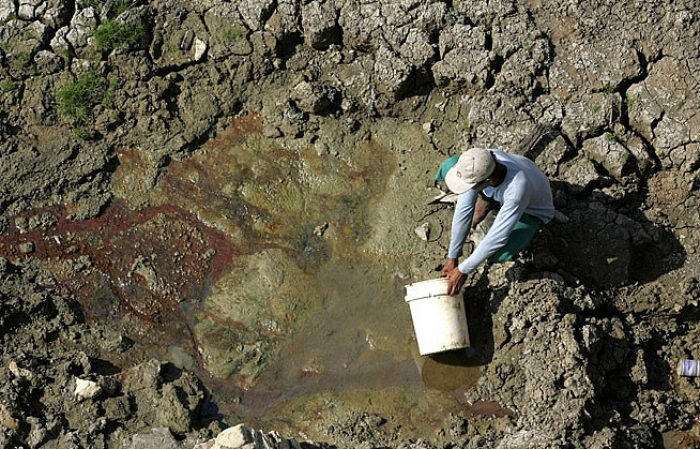 It is expected that by 2025, two-thirds of the global population will be living in water-scarce or water-stressed conditions.

It is also known that the majority of the world’s people living in water-related despair will be in Asia.

Asia today has about 70% of the world’s irrigated land and leads the world in total volume of fresh water withdrawn for agriculture.

Some of the villages selected were in the head-reach or closest point to and some others were at the tail-end or furthest away from the origin of a main branch canal in Hirakud Irrigation Command Area in the Mahanadi river basin.

The presentation was made at a national-level seminar on Governance and Management of Drinking Water: Issues and Challenges organized by the Institute of Public Enterprise, Hyderabad.

“Canal irrigation in India has been impacted by a number of inequities between the head-reach and tail-end areas. While the amount of water used in the head-reach areas is very high, the tail-end regions suffer from a multiplicity of problems such as poor water availability, salinity and lack of drainage,” he pointed out.

“In India, the performance of large-scale, publicly-operated, low-technology canal systems has overall been disappointing, and such is the case with these systems elsewhere in the tropics also,” he noted.

How can one ensure good water governance in irrigation commands?

In other words, using water carefully, conserving it, and treating it as the precious natural resource that it is, would solve problems on both ends.

On World Water Day, let us reaffirm again our commitment to conserving water, not using it in wasteful ways and not taking its availability for granted. Indeed, with rising demand and dwindling supplies of fresh water, the situation in India is already pretty precarious.