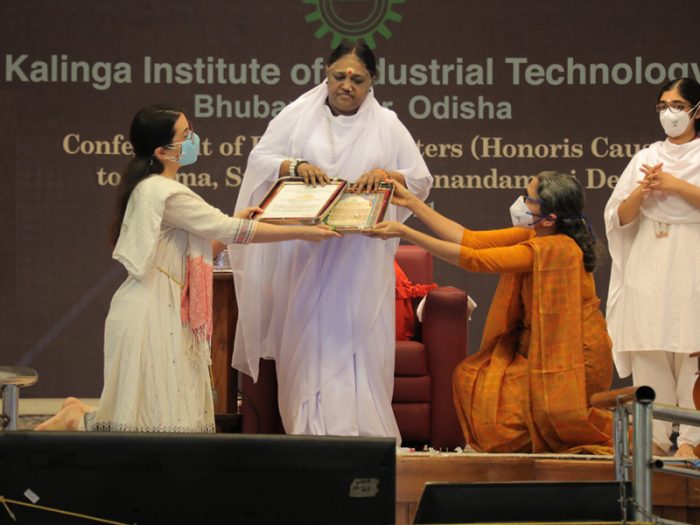 Sri Mata Amritanandamayi Devi (Amma) received an honorary degree—D.Litt. (Honoris causa)—from the Kalinga Institute of Industrial Technology (KIIT) in Bhubaneswar on Saturday. The degree was bestowed upon Amma virtually as part of the Deemed to be University’s 17th Annual Convocation Ceremony in recognition of Amma’s “great contributions in the field of spirituality, education, environmental issues, humanitarian efforts, love and compassion.”

Upon conferring Amma with the degree, KIIT’s Vice Chancellor, Prof. Sasmita Samanta, addressed Amma, saying, “In a world torn apart by strife and shaken by stress, all of humanity is lifting its eyes to you in hopes of finding the emotional support and strength to face the challenges of life with peace and equanimity. As the manifestation of the shining light of Bharata-samskara, you shine wherever you go and whatever you do.”

The Vice-Chancellor went on to praise the spiritual, environmental and humanitarian accomplishments of the Mata Amritanandamayi Math, as well as the solutions to social problems Amma has shared at forums such as the United Nations, the Vatican and Parliament of the World’s Religions. She concluded, “Be it an earthquake or tsunami in the Indian Ocean or anywhere else in the world, you always remain at the forefront, mitigating the suffering of the people. As the most personally accessible spiritual leader, even agnostics have to struggle to hold back their tears before you.”

This is the third honorary degree conferred upon Amma. In 2019 and 2010 she was presented with Honorary Doctorates of Letters from the University of Mysore and the State University of New York respectively. 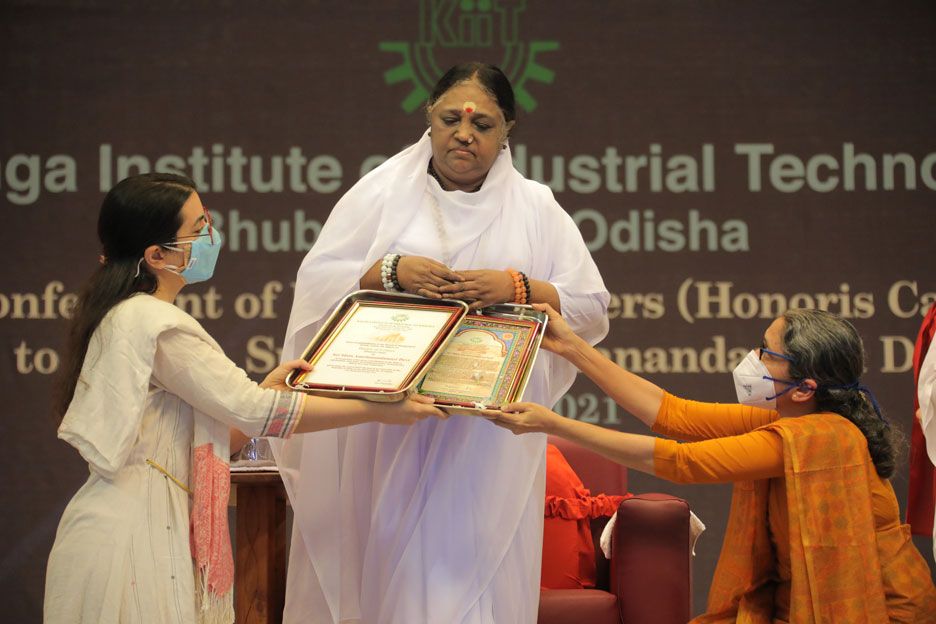 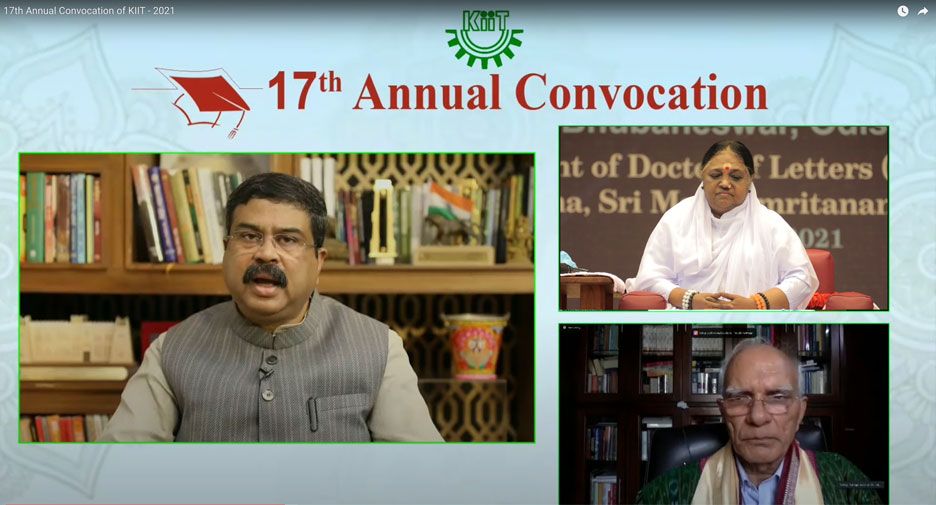 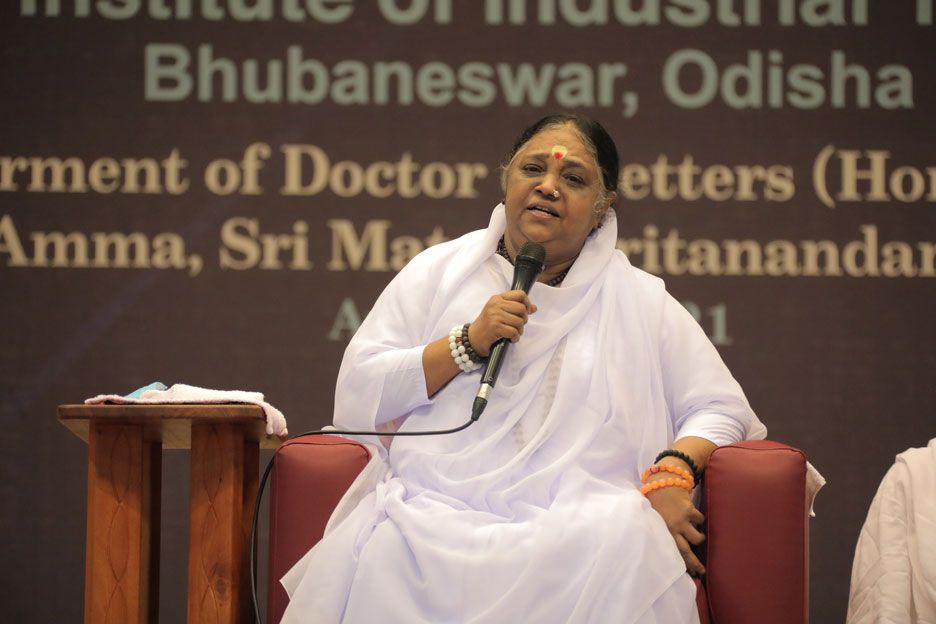