Asha Vijayan, Chaitanya Nutakki (PhD students), Dhanush Kumar, a computer engineer, and Dr. Shyam Diwakar, based at the Computational Neuroscience Lab at Amrita School of Biotechnology, are working on bio-inspired robotics. They have published a paper titled, “Enabling a Freely Accessible Open Source Remotely Controlled Robotic Articulator with a Neuro-Inspired Control Algorithm”, in the International Journal of Online Engineering (iJOE) in the January 2017 issue.

The paper outlines their work on reverse engineering the human brain’s capabilities to control devices for patients with movement disabilities.

With a growing number of patients with movement disabilities, prosthesis and exoskeletons have made advances in the recent years with some of them tapping into brain signals and brain-like control mechanisms aiming to provide amputees with impressive new levels of control. Patients control using their mind, and a robotic arm moves. Making the robot work without too much computing is not easy, as the human brain can do a lot that makes it very time-consuming and complex for computers.

Amrita is one of the few universities across the globe that have researchers working on brain sciences to develop models and algorithms that work in the way a human brain works to control robotic arms and prosthetic hands. Nerves and brain use a very different model of control, which is not necessarily common in mechanical robots. Nervous systems use signals called action potentials to represent and process how hands and arms function. Through the Cognitive Science Research Initiative project, funded by Government of India, the Computational Neuroscience Lab at Amrita School of Biotechnology proposes to develop a brain-like control for simple robotic arms.

“This is a very initial part of the project. We used the structure of a cerebellum, a small part of the brain that is related to movement coordination, and built algorithms that work as if neurons in the cerebellum circuit are processing the arm’s movement. A low-cost robotic arm was also developed as part of the MHRD funded virtual labs project,” explained Prof. Shyam Diwakar, Lab Director, Computational Neuroscience at Amrita School of Biotechnology.

Amrita Vishwa Vidyapeetham has developed a bio-inspired robotics virtual lab, which uses computer programs that allow any user from anywhere on the internet to perform laboratory experiments via a web-page. The project of building virtual labs was funded by Ministry of HRD and this low-cost robotic arm was made available online for students to freely learn and enhance practical skills. 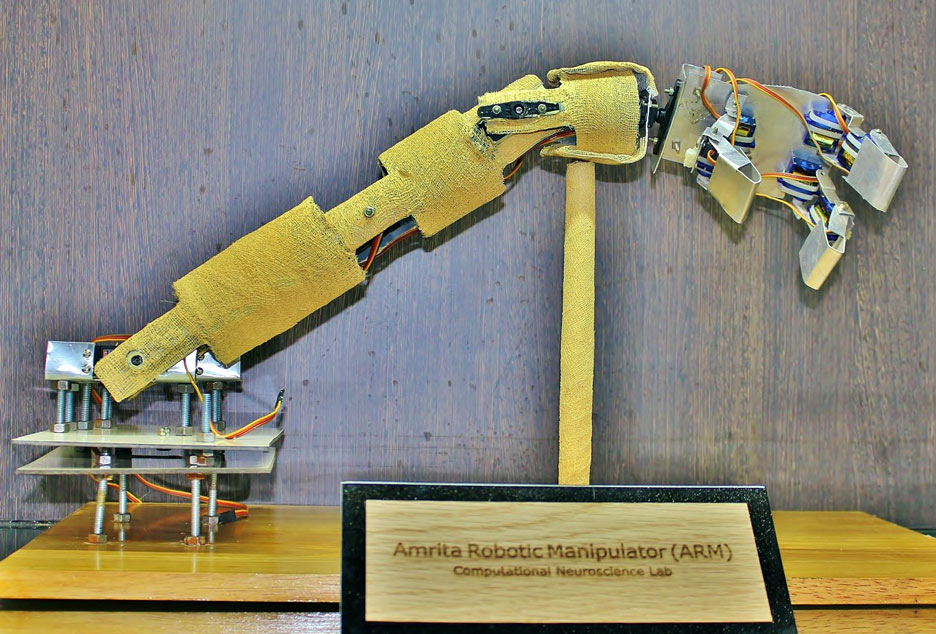 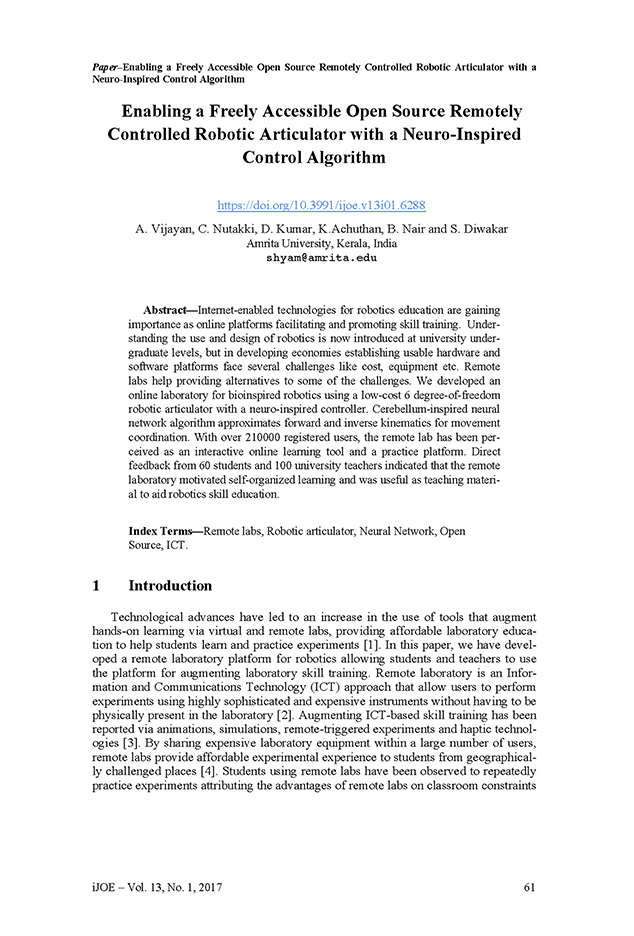 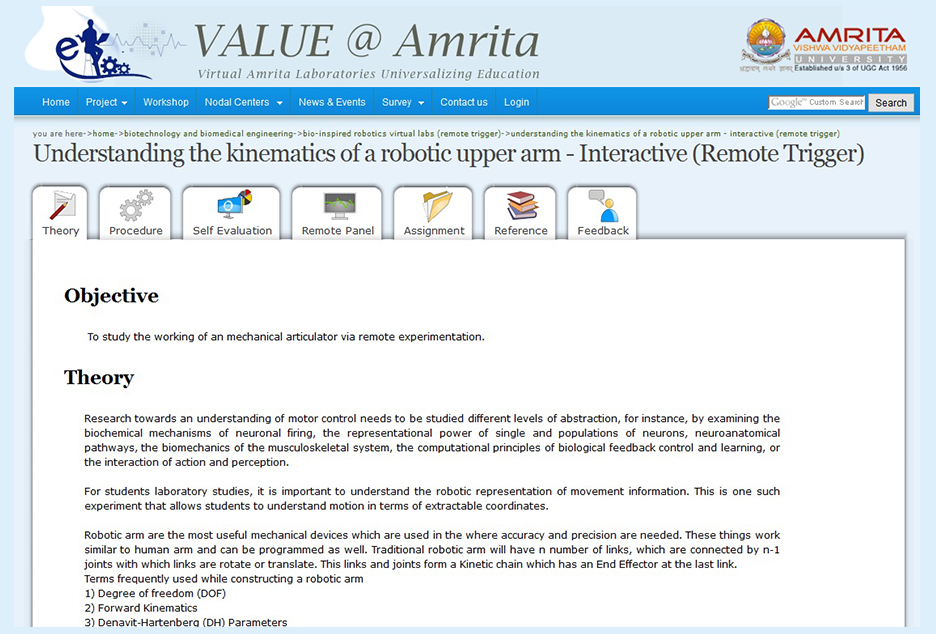