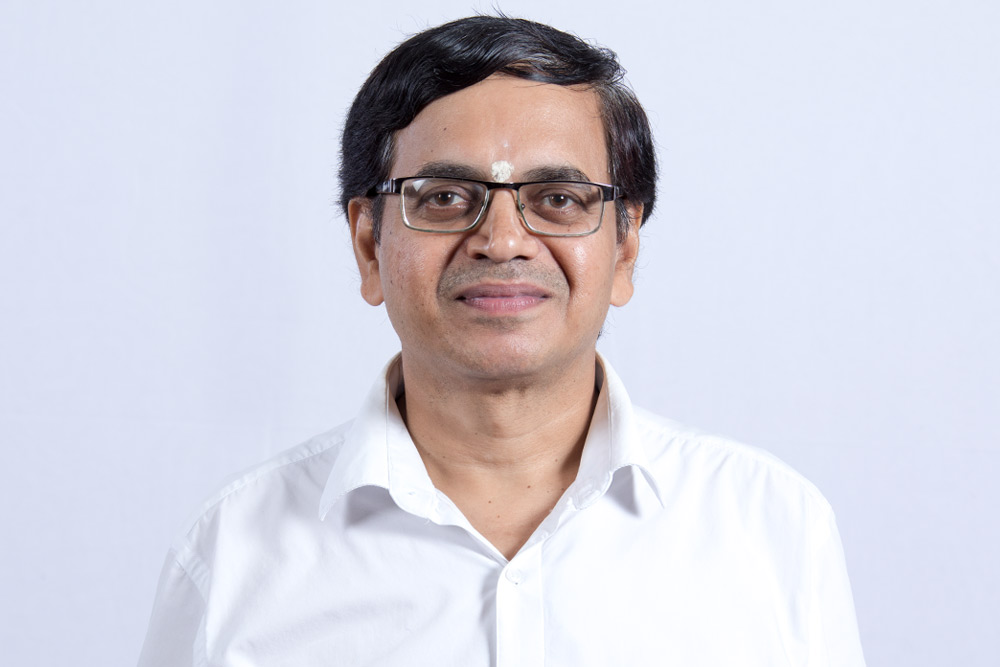 Dr. Ganesha Udupa currently serves as Professor at the Department of Mechanical Engineering at Amrita School of Engineering, Amritapuri.

He continued on as a Research Fellow in the School of Mechanical and Production Engineering (SMPE) at NTU. He was also associated with the Innovation in Manufacturing System and Technology (IMST) Program undertaken as part of the university’s alliance with the Massachusetts Institute of Technology (MIT), USA.

While at NTU, Dr. Udupa conducted research at the Precision Engineering and Nanotechnology Center. He also developed a novel sub-surface nano-defects detection system for silicon wafers, for which he received a Singapore patent and filed for a US patent.

Dr. Udupa has published more than 80 papers in National and International Journals and conference proceedings.He has five patents to his credit.He was conferred the Best paper award (1st prize) for the outstanding Ph.D research paper at the 17th AIMTDR conference, Jan 1997, Warangal, India. He was received with a Foreign Travel Grant from CSIR for research paper presentation at 11th ASPE Annual meeting, Monterey, California, USA,1996.

Dr. Udupa was a principal investigator for the joint Amrita-ISRO funded project on Soft Lunar Lander and founded Amrita- ISRO & MISR labs. He is a mentor for Univeristy Mars Rover project wherein students regularly attend world Rover Challenge to be held in USA & European countries. One of his papers has recently presented and well received at the IEEE conference on Oct 29, 2010 at The Korean Institute of Science and Technology.

Robotic gripper driven by flexible microactuator based on an innovative technique

Publisher : Proceedings of IEEE Workshop on Advanced Robotics and its Social Impacts, ARSO

Design and Development of an Intelligent Rover for Mars Exploration (Updated)

Publisher : The Mars Society with permission