One of the biggest problems farmers face in India is the attack on crops by wild animals in their fields. The damage from these attacks significantly and adversely affects the crop yield. Attack by wild boars is a major issue in the Prakasam district of Andhra Pradesh in India. In Seetharampuram village of this district, which houses 300 families of farmers, attack by wild boars leads to sleepless nights. Farmers in this village use electrical fencing (though illegal in India) around the fields to keep away wild animals. But due to many accidents, which have caused the death of farmers as well as animals, this approach is not so appreciated by the farmers.

As an alternative to electrical fencing, the farmers keep vigil at night to keep the wild animals away. They use flashlights to ward them off. This is a very strenuous task and the lack of sleep adversely affects the farmers’ work during the daytime. The damage caused by the animals to the crops affects the total yield of the harvest immensely and the farmers have to suffer a loss in their income because of this.

In view of this scenario, the Humanitarian Technology (HuT) Labs of the Department of Electronics and Communication Engineering (ECE), School of Engineering, Amrita Vishwa Vidyapeetham, Amritapuri campus, designed a solar-powered, IoT based intelligent system that can be used to prevent crop damage due to wild animals. The system implements IoT technology along with simple sensors. It makes use of four junction boxes that are central to the system architecture. Each box hosts either two lasers or two LDR sensors.

The GSM module enables the system to send a message to the farmer when the system is triggered by an animal intrusion. This system automatically detects the animals before they enter the field using the laser system and scares them away by flashing lights and also by an alarm. In addition, the system is safe for animals. The proposed system can improve the yield of crops and in turn help farmers to increase their income. This system also indirectly helps the farmers  by allowing them to sleep well at night as there is no need for them to keep patrolling their fields. This project is funded by IEEE SIGHT.

“The work carried out by the students for the past one year to complete this project on time is appreciable. Due to their hard work and dedication, the system was successfully implemented in several fields so that many families of the Seetharampuram village benefit. They visited this village three times in the past one year to work on the project at various levels and also conduct pilot testing,” shared Dr. Rajesh Kannan Megalingam who heads the HuTs Lab and is an Asstistant Professor, Department of Electronics and Communication Engineering, School of Engineering, Amrita Vishwa Vidyapeetham, Amritapuri.

“I would like to thank Mr. Venkata Subba Reddy T. of Seetharampuram who helped with identifying the fields, panchayat permission and food and accommodation for our students. I would also like to thank the local students Mounika Reddy and Geetha for their help with the project,” he added.

The team comprised of students from Semester 4 of B. Tech. Electronics and Communication Engineering: Kondareddy T., Gautham P., Sreejith R. Pai, Samudrala Naveen and Kavya K. Sajan, under the guidance of Dr. Rajesh. 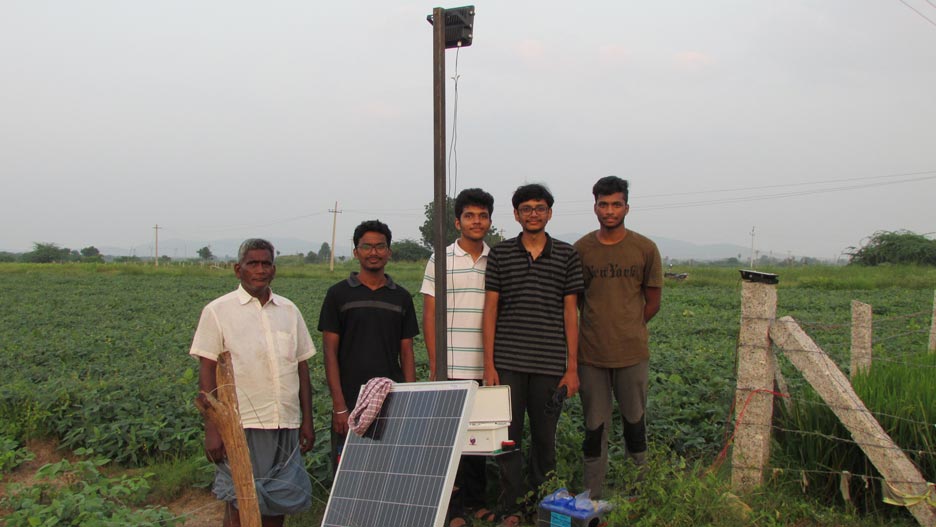 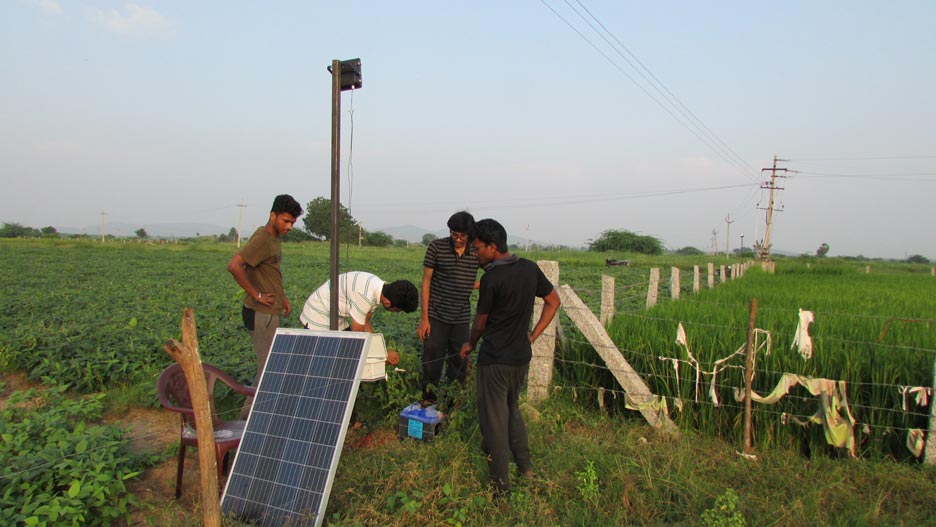 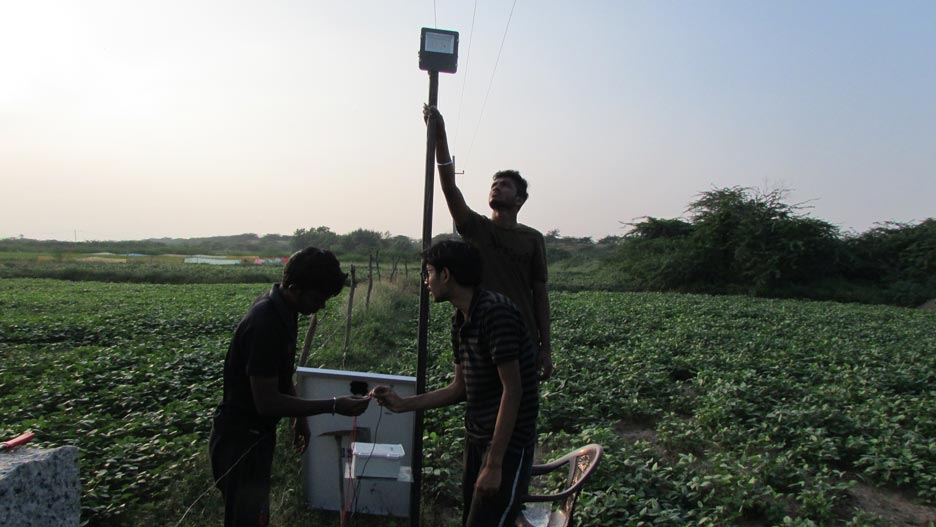 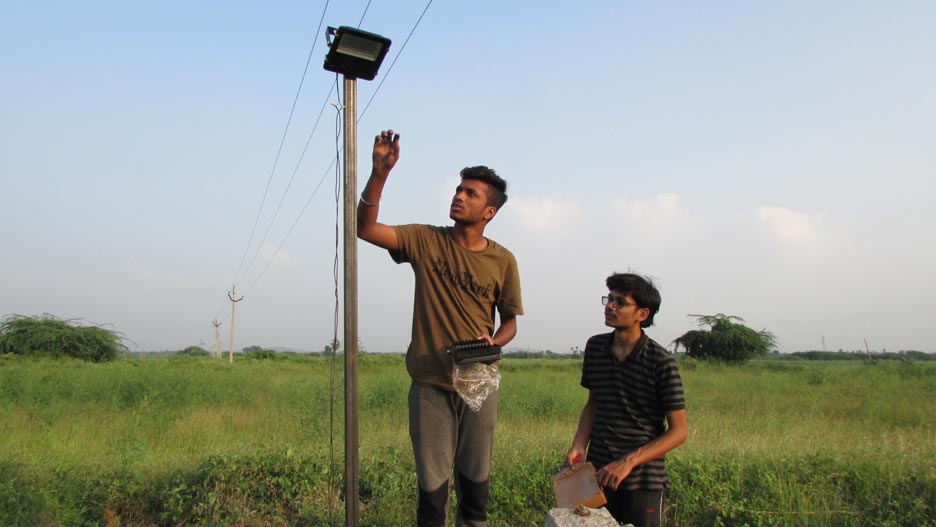 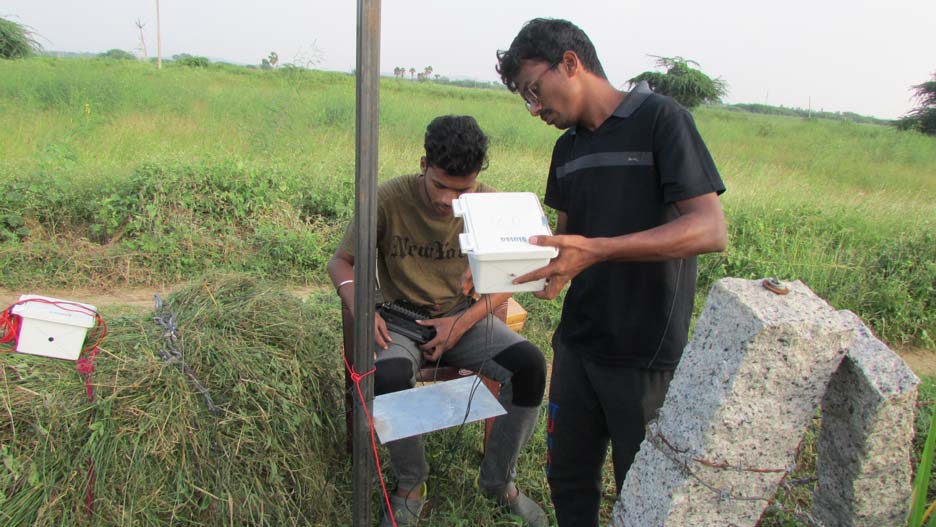 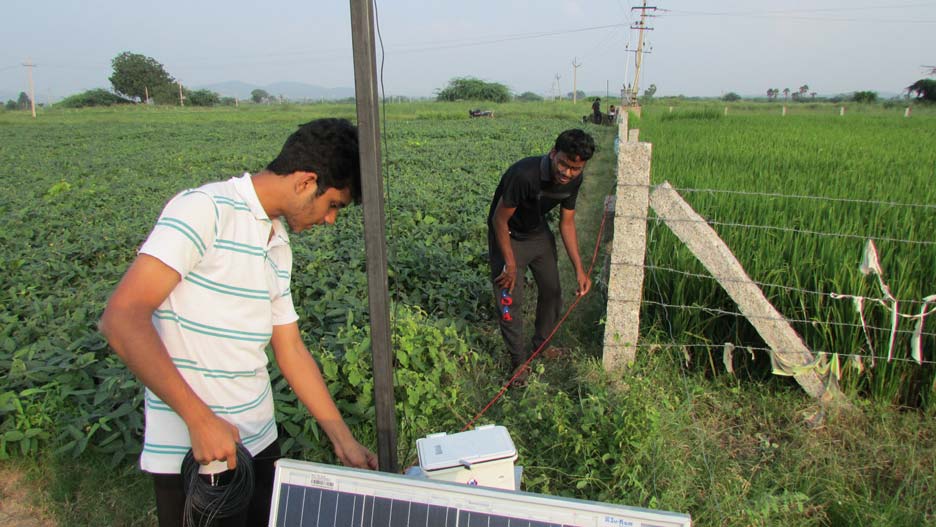 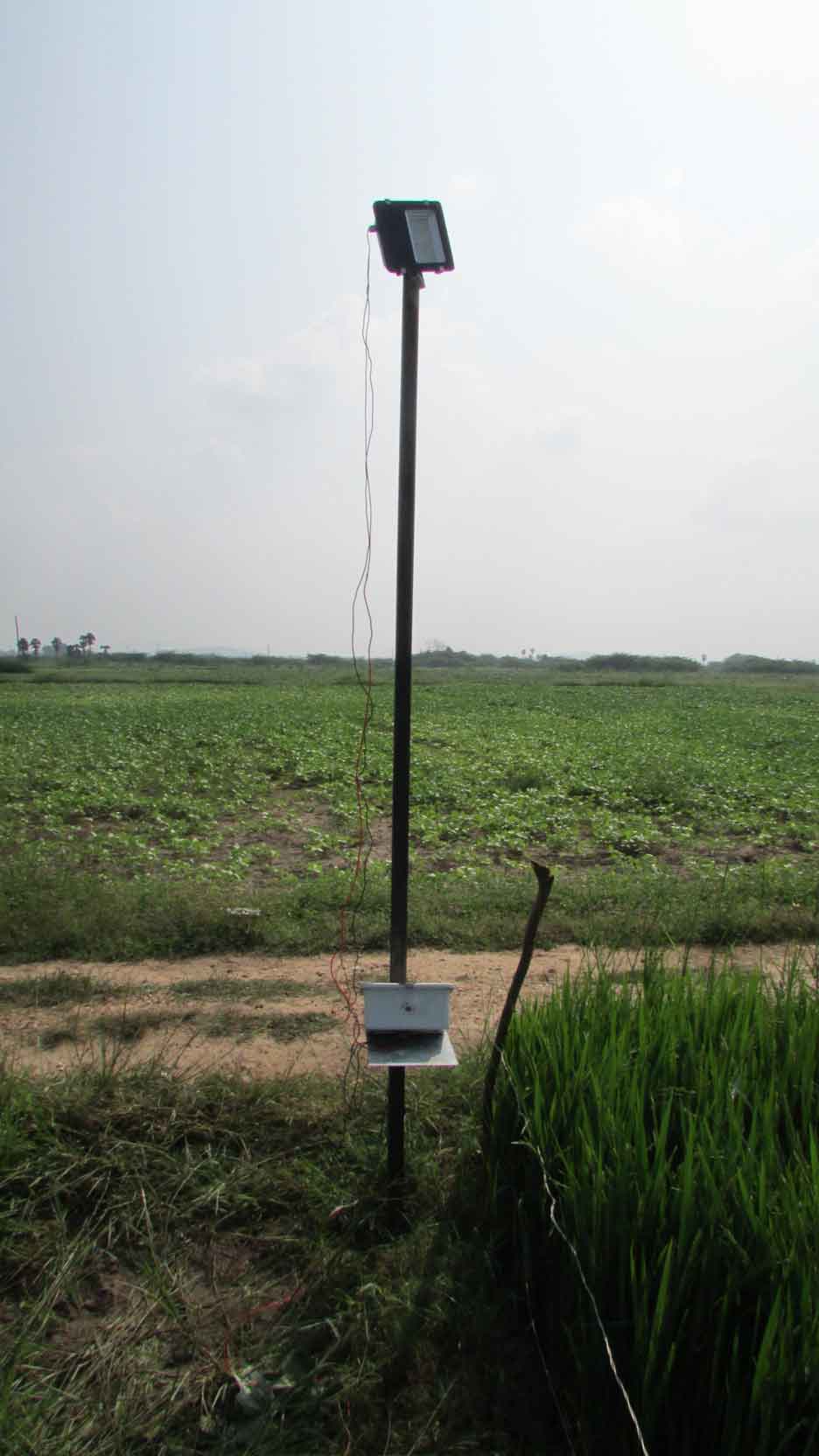 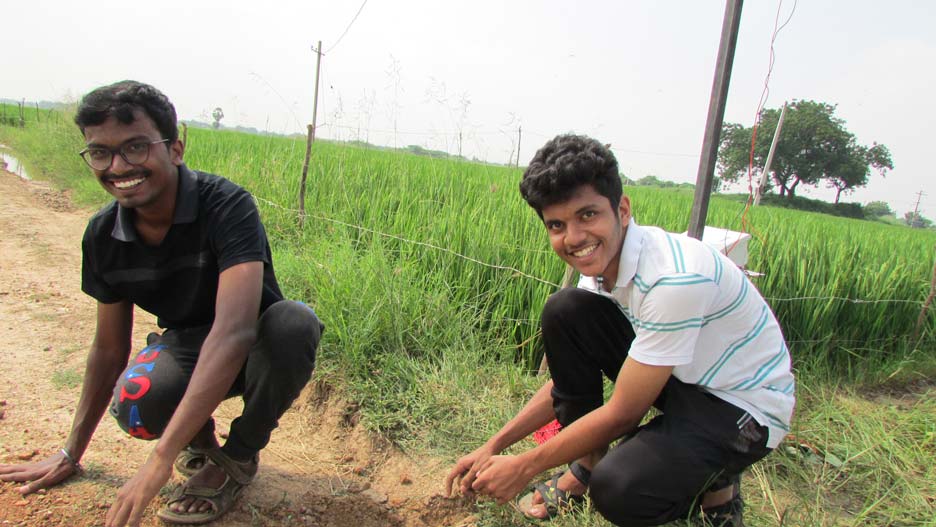 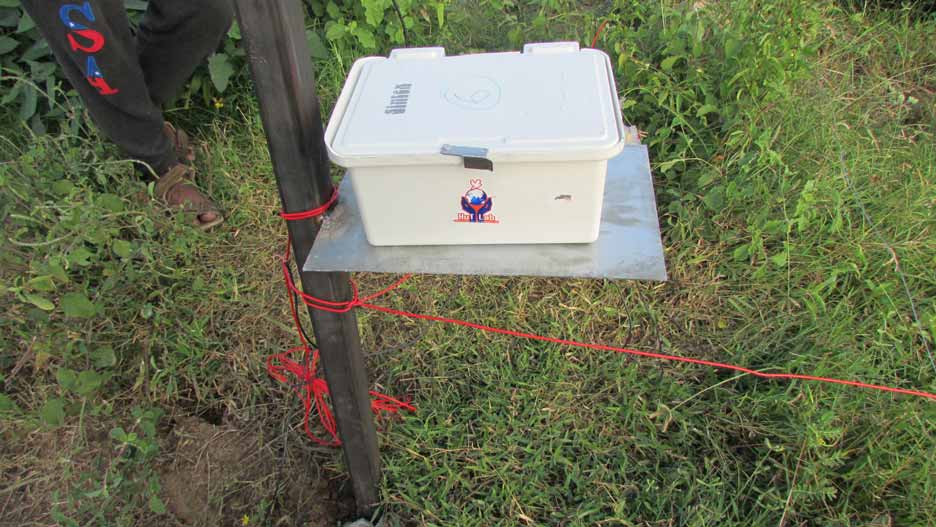 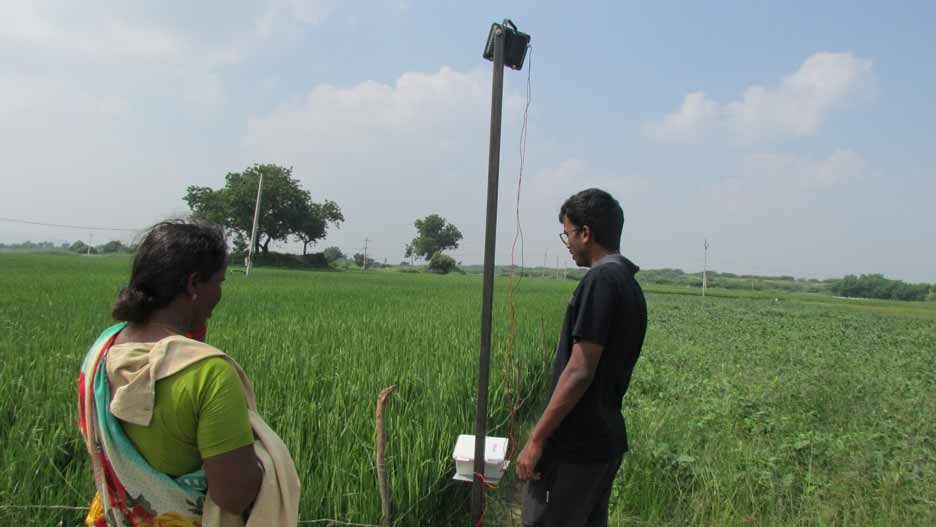 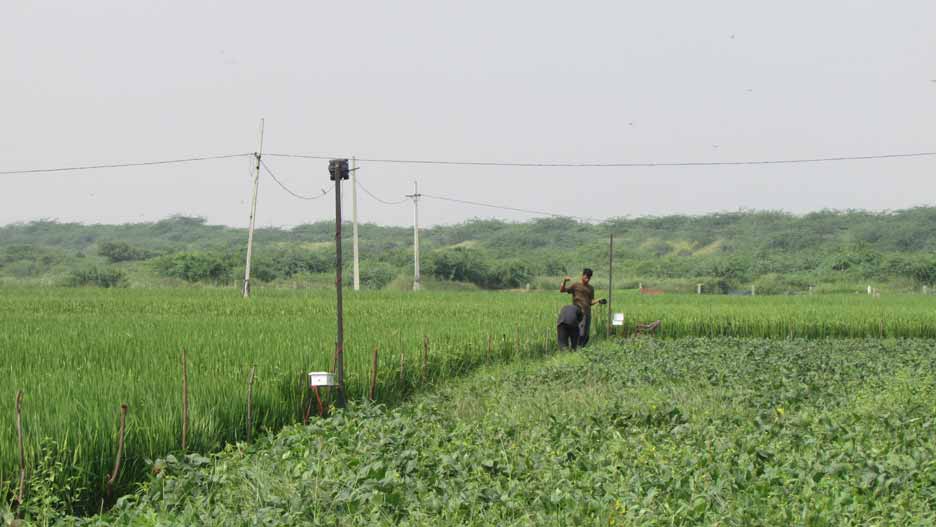 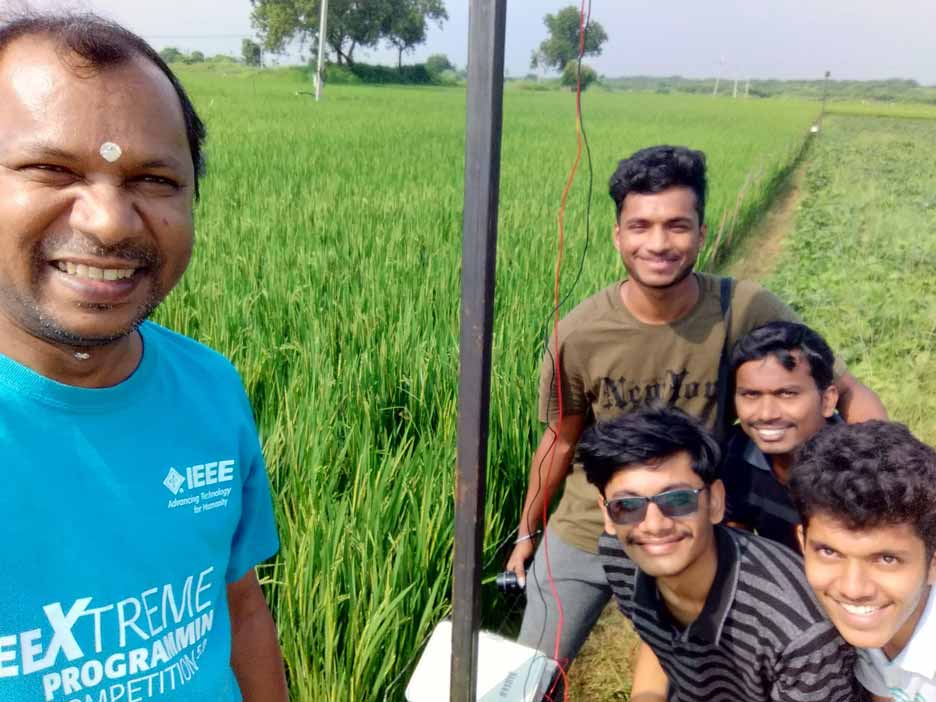