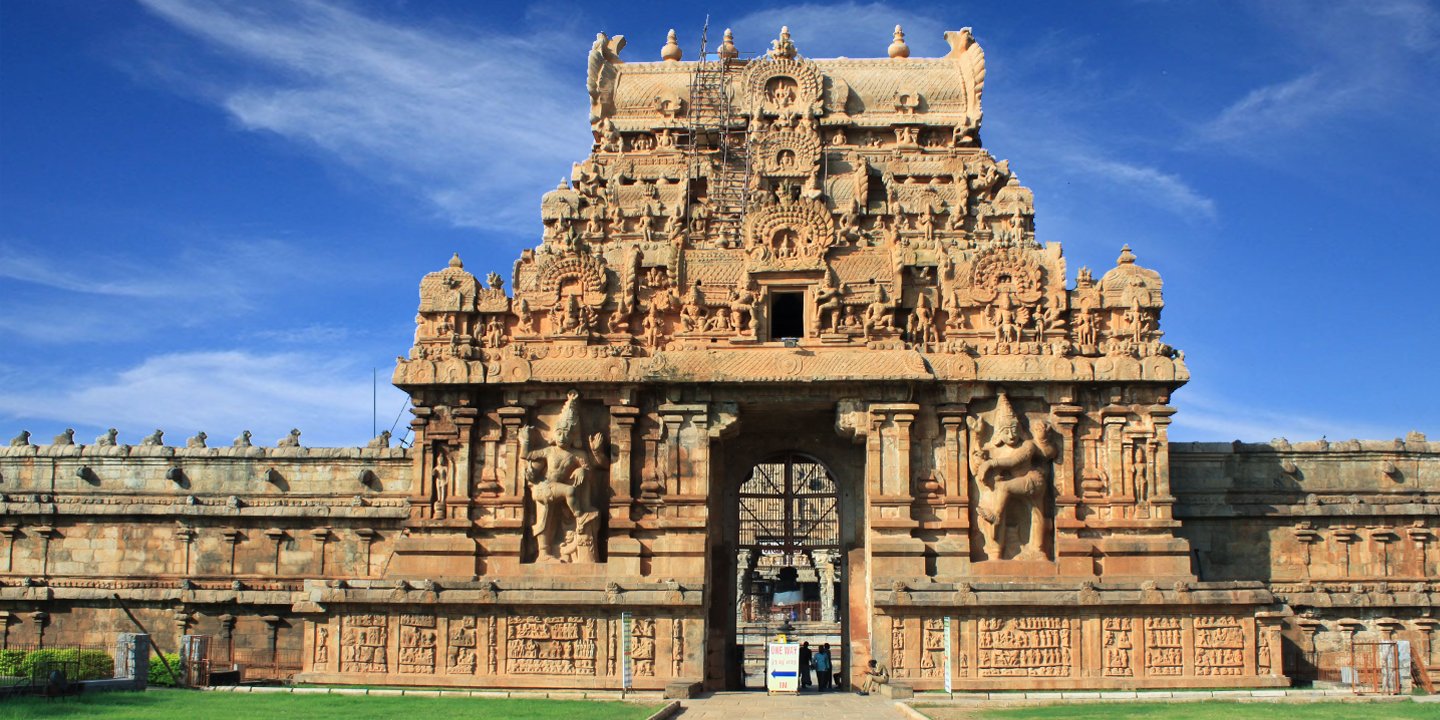 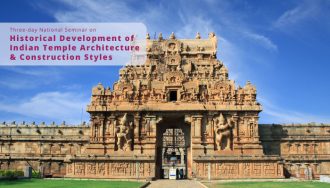 Seminar Postponed! Due to the recent surge of COVID cases, the event scheduled is postponed to a later date. New dates will be announced soon. Please check back the webpage regularly for updates. Inconvenience if any are regretted. 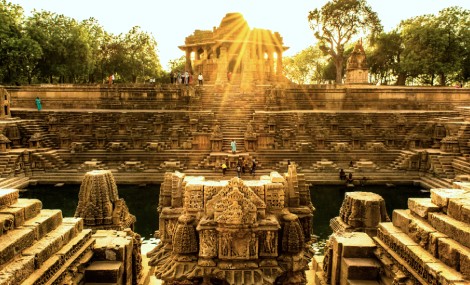 The Indian culture rooted in the sanātana-dharma accords great reverence not just for the Creator but for the Creation as well. The Creation itself is thought to be an embodiment and residence of the Creator (as seen in the upaniṣadic statement “īśāvāsyamidaṃ sarvam”). Thus, the Indians have worshipped nature and created places of worship in trees, forests, open fields, in caves, on top of mountains, on the sea shore, and in every other place which they thought was especially divine. 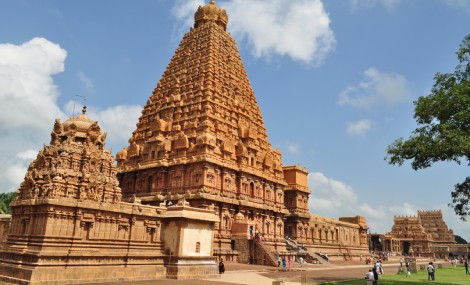 The construction of temporary and permanent structures for the performance of rituals has been prevalent in India from the Vedic times. The limb of Veda (vedāṅga) called the “kalpa” gives us details about the manner in which a yajña-vedi needs to be constructed, the materials to be used, associated measurements, the time of construction, and all other related aspects. The construction of these vedi-s was largely out of wood, though bricks were also used from time to time. The permanent structures which we today call “temples” were inspired by these earlier make-shift structures built out of wood. Several architectural parts that we find in the original wooden structures have made way into the later stone structures as well. 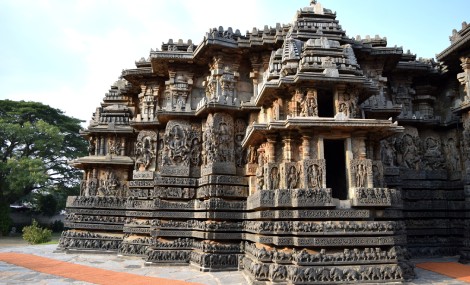 At times, these parts might not serve much of an architectural purpose but have been retained as aspects of embellishment. The temples of Kerala and Costal Karnataka which are predominantly built out of wood stand as testimony to the ancient usage of wood as the medium of construction. With time, several treatises on temple construction styles, methods and associated rituals came into being. The Mayamatam, Mānasāra, Samarāṅgaṇasūtradhāra, Kāmikāgama, Aparāgita-pṛccha, and several other texts throw light on temple construction, consecrations, measurements, rituals, and other aspects related to the temples. 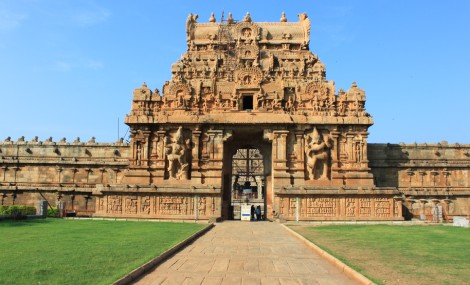 With time, different parts of India gave rise to myriad methods of construction and styles of architecture. These were a function of the regional tastes, availability of construction material, the guidelines of the texts that they relied upon, and several other practical aspects.

The proposed seminar is an attempt to throw light on the chronological development of different styles of temple architecture and constructional methodology as found in India. The presentations will be from historical and architectural perspectives and will also draw elements from the canonical texts related to temples.

Amrita Vishwa Vidyapeetham is a multi-campus, multi-disciplinary research academia. Amrita Vishwa Vidyapeetham has been accredited (Cycle-3) with an A++ the highest grade by the National Assessment and Accreditation Council (NAAC). Amrita has also been selected by the Indian Government as an Institution of Eminence (IoE) to be developed into a world-class institution which would put India on the global education map. This puts Amrita Vishwa Vidyapeetham under Category 1 Autonomy Higher Education Institution in India and will fulfill our mission to provide value-based education and align to the educational outlook of Amrita’s Chancellor Sadguru Sri Mata Amritanandamayi Devi (Amma) namely “Education for Life and not just Education for a Living”. Founded by Amma, one of the prominent spiritual leaders of our times, the University is spread across six campuses in three states of India – Kerala, Tamil Nadu, and Karnataka, with the University headquarters at Ettimadai, Coimbatore, Tamil Nadu. It continuously collaborates with top US universities including Ivy League universities and top European universities for regular student exchange programs, and has emerged as one of the fastest growing institutions of higher learning in India. It has been ranked India’s 4th best university in the National Institutional Ranking Framework (NIRF) Ranking 2020 approved by the Ministry of Human Resource Development, Government of India. In the same year, Amrita has been adjudged as one of the “Top 10 Universities in India” for the fourth consecutive year. In the overall category, Amrita secured 13th place moving up two places from last year’s position. In 2018, UGC has granted the full autonomy to the University which has maintained high standards of excellence.

Amrita Darshanam, International Centre for Spiritual Studies (ICSS), has been established under the guidance of Amma. The Centre serves as an academic platform for study and research in the domains of philosophy, culture, arts, literature, and society under the broad canopy of India Studies. It offers various Ph.D. and post-graduate programs in Indian knowledge systems, humanities courses, seminars, conferences, and workshops to facilitate scholarly exchange and integrated education for students. It also works with other national and international organizations on manuscript preservation, projects and collaborations, and researches of the highest standard. Currently, the Centre has branches in five university campuses, namely Amritapuri, Coimbatore, Bengaluru, Mysuru, and Chennai.

About Indian Council of Historical Research

The primary aim and objective of the Indian Council of Historical Research (ICHR) is to promote and give directions to historical research and to encourage and foster objective and scientific writing of history. Enhancing the academic standard of the output of ICHR activities has been foremost objective in its agenda. It has been established to foster objective and scientific writing of history such as to inculcate an informed appreciation of the country’s national and cultural heritage as well as to review the progress of historical research from time to time and indicate neglected or new areas where research needs to be especially promoted.

The city of Bengaluru (Bangalore) is known for its cosmopolitan nature. It is the socio-cultural and political hub of Karnataka. The city hosts people from different parts of India and the world, with diverse ethnicity and lifestyles. Kannada is the widely spoken language, along with English, Hindi, Tamil and a host of other languages. The landscape ranges from temples that are a few centuries old to skyscrapers that constitute the IT hub. One can get a feel of classical Indian culture by spending a couple of days in Bengaluru – every evening has several engagements related to lectures on philosophy, literature, arts and classical music, dance, and theatrical performances.

Bengaluru Campus is one of the six campuses of the Amrita Vishwa Vidyapeetham. It is located in a peaceful environment, away from the hustle & bustle of city, yet well connected by road, provides an ambience for learning, combining state-of-the-art facilities. It provides an ideal environment that fulfills the aspirations of the young and meets the exacting demands of the future employers.
Two Schools – Engineering and Management – are located in the approximately 5-acre campus. The schools took birth from Chancellor Amma’s educational vision of preparing a generation that can successfully meet the rigorous demands of the Information Age and at the same time, be imbued with the noble ideals of selfless service and love. They are committed to providing students with a holistic education that includes theoretical coursework, laboratory, and field experience, integrated with spiritual values.

How to Reach Us

Purposes of the Seminar

Themes and Suggested Topics (but not restricted to)

The following five sub-themes have been identified

The earliest edifices which are extant in India are the Rock cut sanctuaries of both Western and Eastern Ghats. Though they are predominantly Buddhist, quite a large number of Brahminical and Jaina rock cut sanctuaries are present in these regions.

Gupta period has been considered as the dawn of Indian art and architecture both by the scholars of the Orient and the Occident. The temples display the earliest Brahminical edifices, though much of the structural temples are lost today. The fragments of sculpture and other temple remnants helps us to get a vague idea of what the grandeur could have been (Udayagiri cave, Odisha is worth mentioning among the surviving Gupta monuments).

The surviving temples of the Kalinga region which invariably have conventional construction styles display a crystallised Nagara style of architecture and help us to understand their contemporary counterparts temple structures in the Northern India which are now extinct. The dynasties such as Paramaras, Pratiharas, Chandelas, and Chalukyas developed several regional variants of the Nagara style of architecture.

The period of the Badami Chalukya has the earliest references of structural buildings found as of now. In their period, a lot of experimentation in morphological form of the temple and execution of construction is found. The period of the Kalyana-Chalukya is an era of transition and improvement in building technology and the use of softer medium in the temple building became predominant. The Kakatiya dynasty is known for its temples with intricate design in hard stone. The highly polished and ornate structures built using a very hard medium shows development in construction styles and technology. Due to the expanse of the empire, the Rashtrakutas adopted a lot of regional tastes in their temple consecration and show an amalgamation of varied styles.

As in Karnataka, the Pallava period marks the beginnings of the religious edifices in a hard medium predominantly found in Tamil Nadu. The Pallava structures reflect a lot of experimentation both in cave structures as well as structural temples. The Pandyas who followed the Pallavas have put in effort in configurating a few cave structures and continued the tradition. Cholas who succeeded the Pallavas are known for their large number of structural temples. By the Chola period, the construction of cave temples seemed to have been stopped. Amongst the other dynasties, the Cholas built structural temples outside today’s geographical boundaries of India too. The state of Kerala has two distinct styles of Temple construction. Along with temples which resemble the main-stream Dravida Temples as found in Karnataka, Andhra Pradesh, and Tamil Nadu and there is yet another construction style like those found in the costal belt of India.

We are happy to inform that we are planning to organize a post-conference one-day trip to Lepakshi, Andhra Pradesh, India. The organizers will arrange a campus-to-campus bus arrangement for the participants. Those who are interested should select the most relevant option while paying the fees for the seminar.
Kindly note: Considering the limited seats in the bus, we will give preference to early birds only. The fees include only travel expenses (like bus arrangement, toll charges, parking, etc.). The food and any other expenses should be borne by the participants. Please get in touch with us for any doubts. 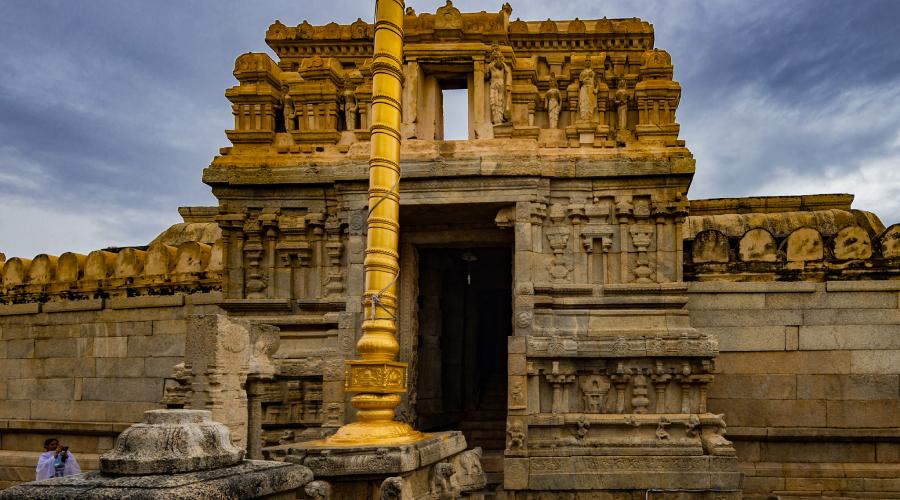 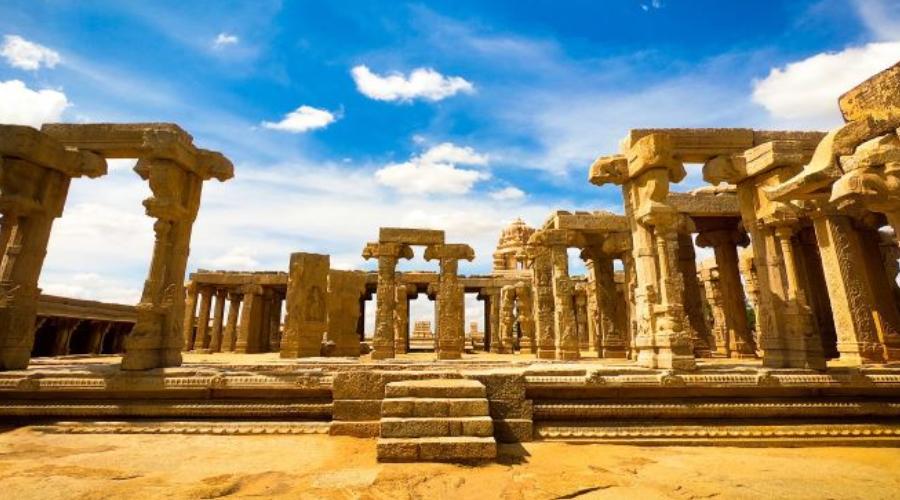 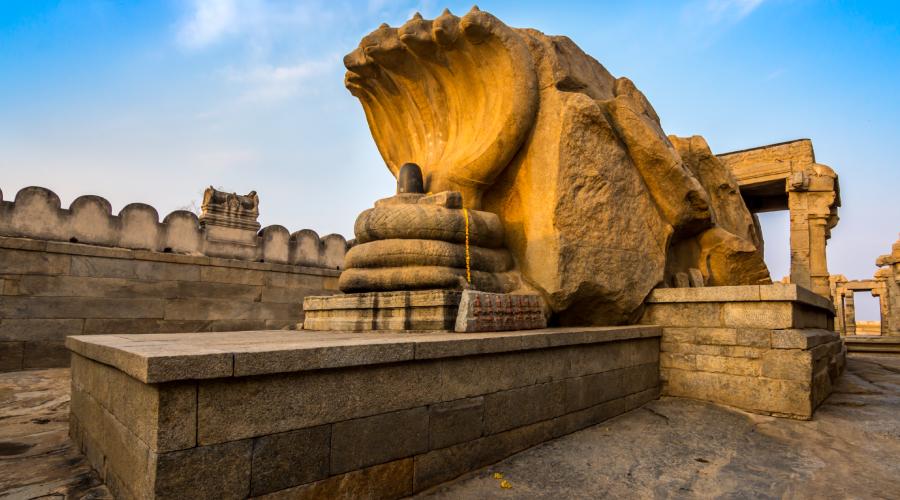 All those who are interested in studies related to Temple Architecture are welcome.

We invite you to contribute abstracts for the Seminar. Interested participants are requested to follow the guidelines for the submission of abstract:

Authors are requested to send an abstract by email to r_manish@blr.amrita.edu.

Authors of accepted abstracts should submit their full papers to r_manish@blr.amrita.edu

Registration will be open as soon as the event dates are announced.

To be announced soon

All correspondences regarding the Seminar should be addressed to: 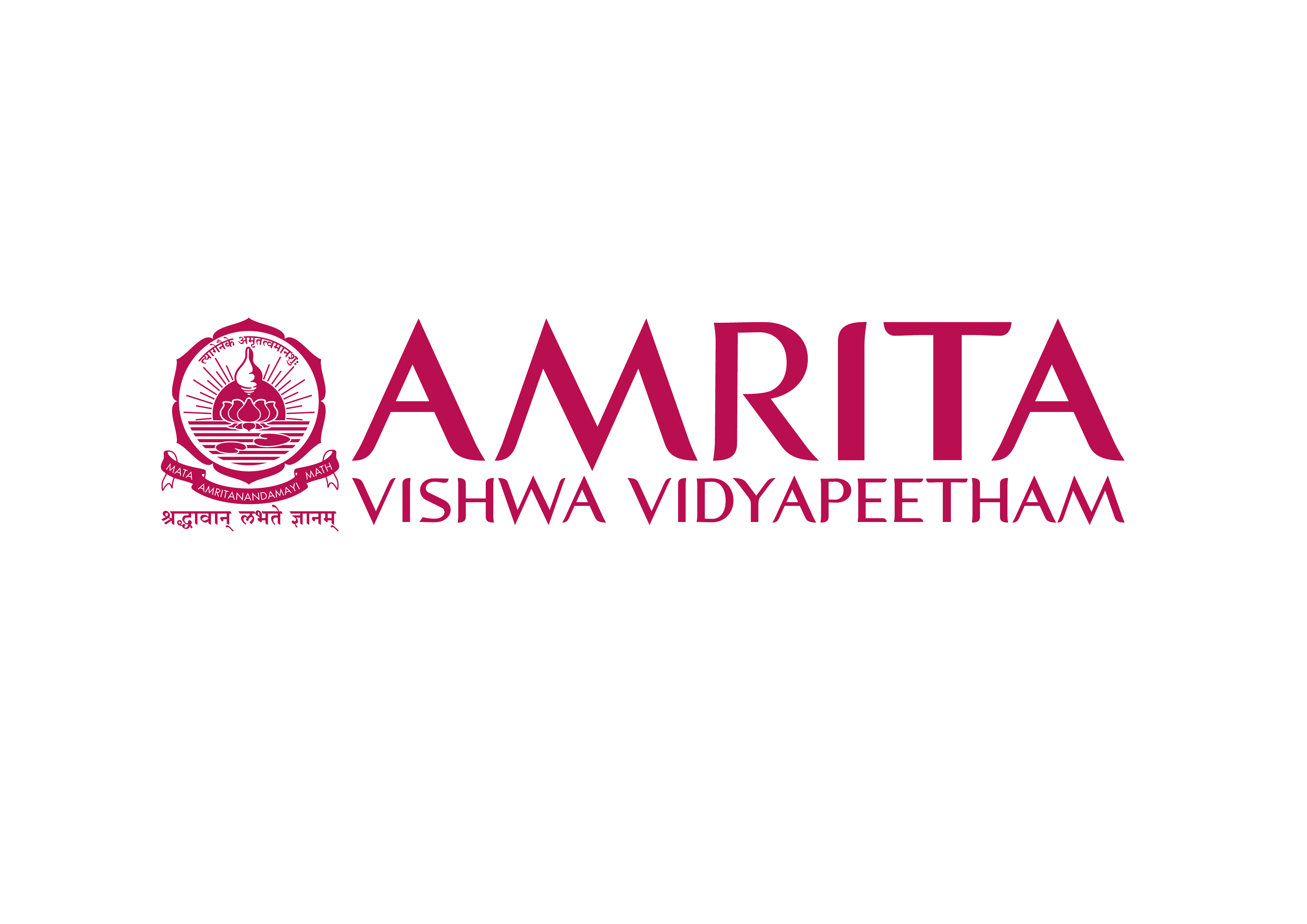 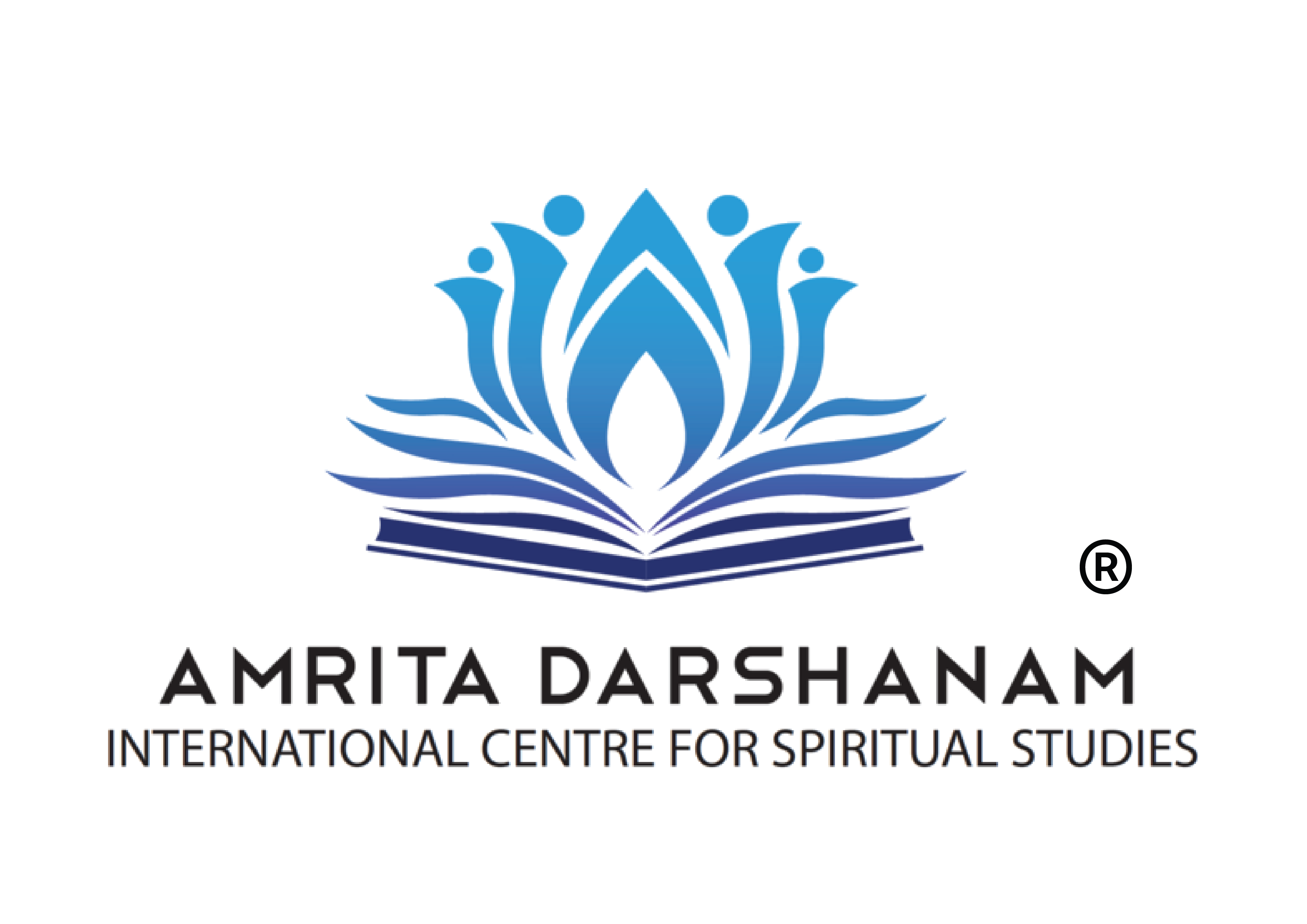 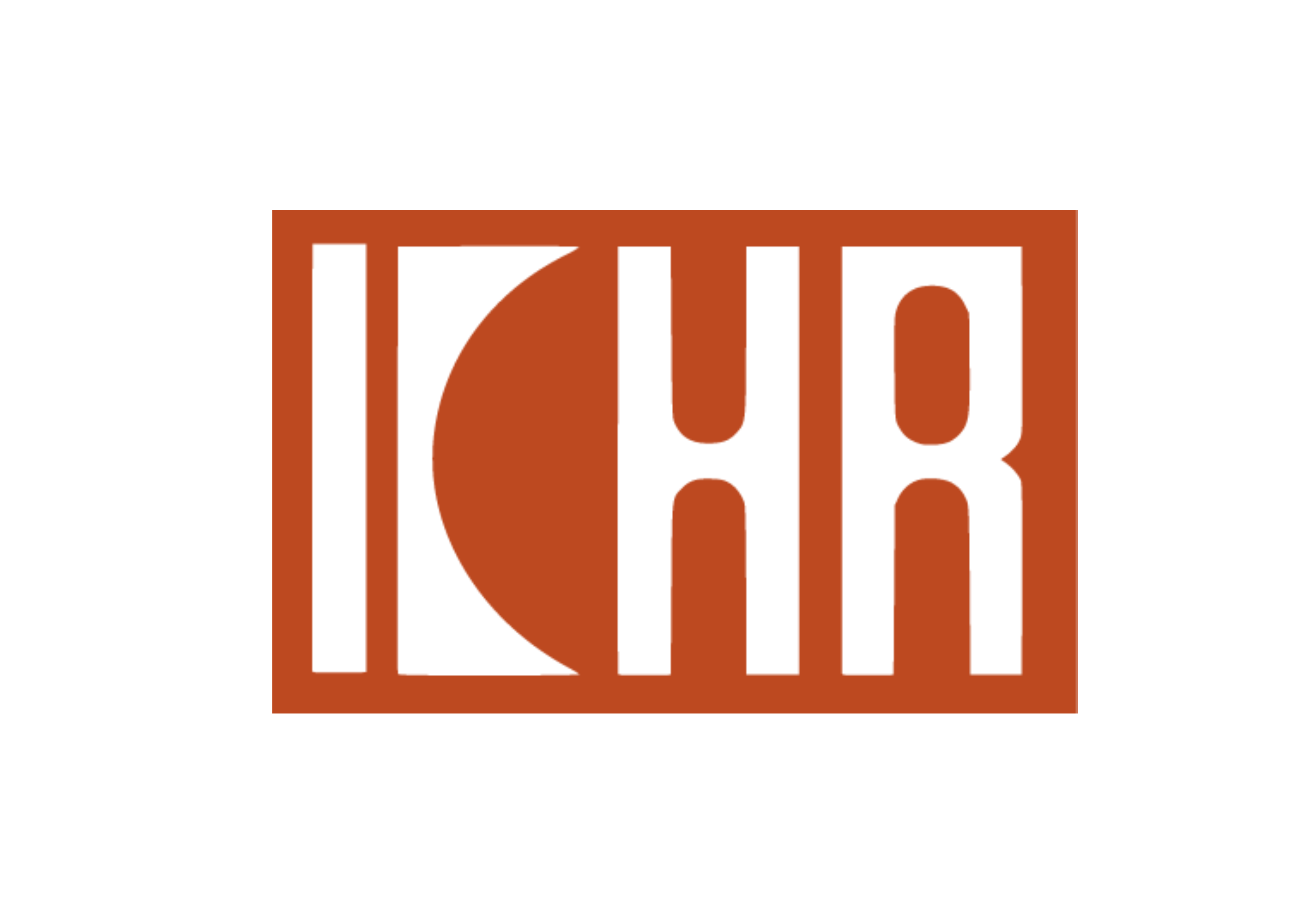 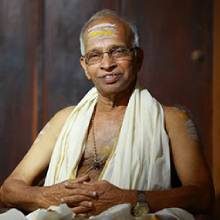 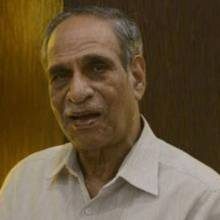 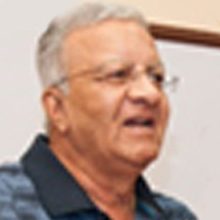 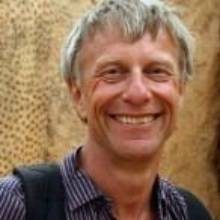 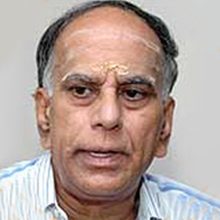 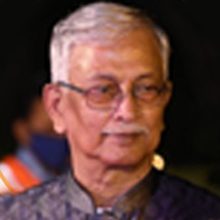 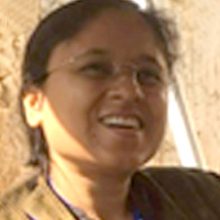 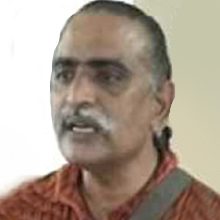 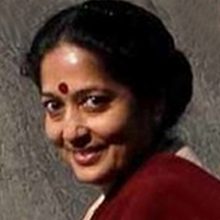 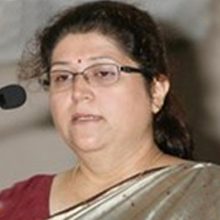 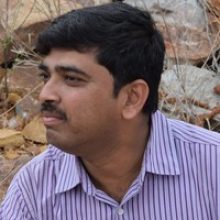 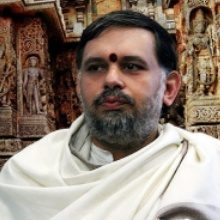 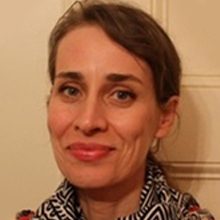 Assistant Professor, Dept. for the Study of Religion, University of Toronto 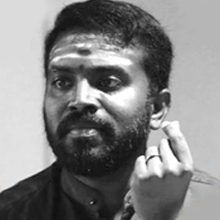 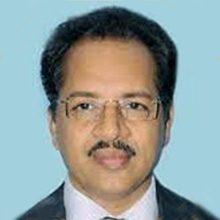