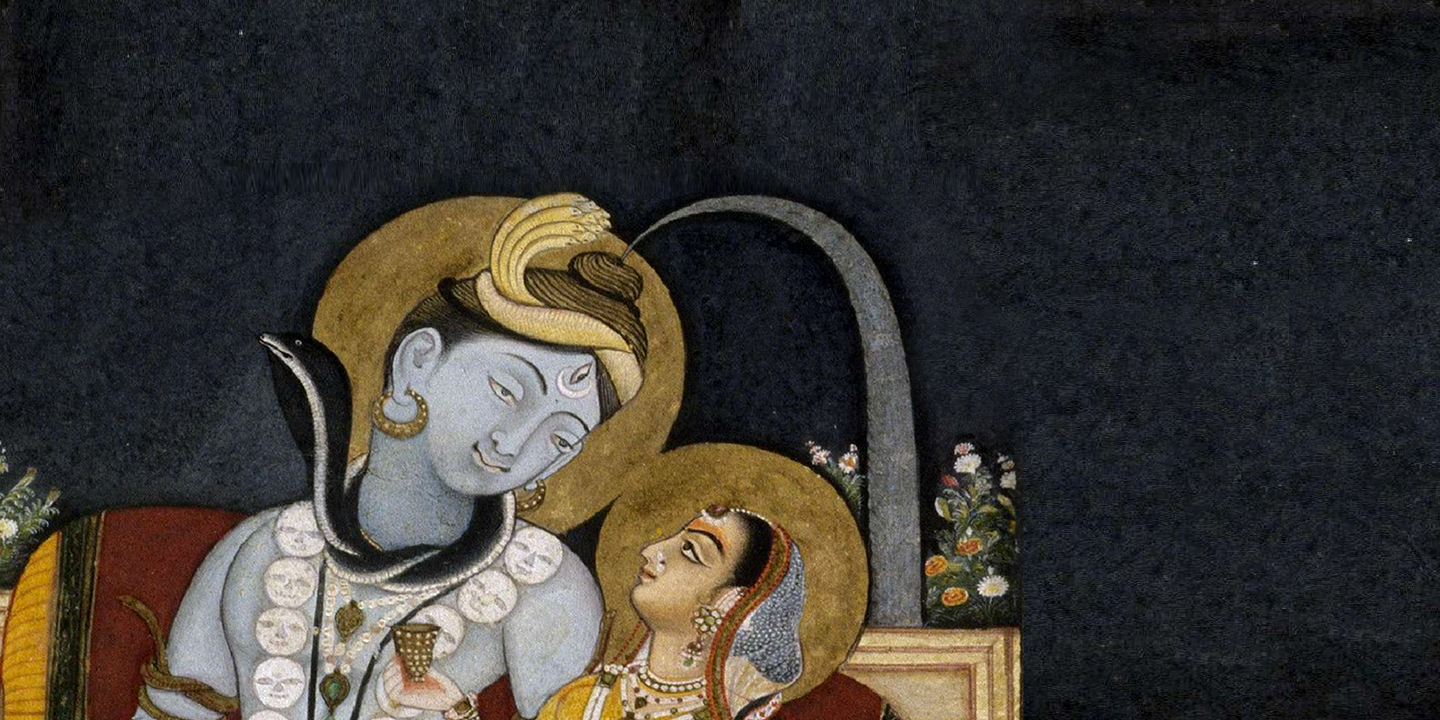 Textual Study and Practice Workshop on Spandakārikā: The Secret of Spanda, the Divine Creative Pulsation

Time left
for the event 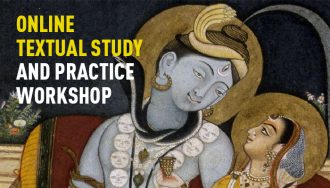 Amrita Darshanam International Centre for Spiritual Studies (ICSS), Bengaluru, Amrita Vishwa Vidyapeetham is organizing a series of workshops on Kashmiri Śaiva Tantra. After the successful completion of our first workshop in the series, on Parāprāveśikā, we warmly invite you to the second online workshop in this series on “Spandakārikā: The Secret of Spanda, the Divine Creative Pulsation” from January 4 to January 31, 2022, under the concept and direction of Acharya Dr. Nihar Purohit.

We surrender to benevolent Śaṅkara (which is our own Supreme Self),

by whose mere (play of) opening and closing of eyes,

there is appearance and dissolution of the world.

(Where there is playful joining and disjoining of innumerable energy currents manifesting as countless forms in the universe which are permeated by one unified Spandaśakti, the power of throbbing conscious existence).

Spandakārikā is one of the most important foundational texts of Kashmir Śaiva Darshana. It is a collection of verses on the doctrine of Spanda, a mystical term which can roughly be translated as vibrationless vibration, divine throb, divine creative pulsation. This tradition states that it is also experienced as sphurattā (radiating effulgence, vigour, power of existence of the self), balaṁ (strength), sāra (essence), udyoga (upward rising force or effort), hṛdayaṁ (heart) and śakti (supreme energy).

Spandakārikā acts as a free hand commentary to another foundational text, the famed Śivasūtra. While Śivasūtra gives us the essence of reality in a seed form, Spandakārikā offers us the explanation and practice to experience the ultimate reality. Together they complement one’s understanding and give a comprehensive knowledge of one’s own true self.

The subject of the text is regarding the nature of Spanda. Swami Lakshman Joo, the great contemporary Śaivācārya of Kashmir, states in his book, the Mystery of Vibrationless Vibration in Kashmir Shaivism (pp. 271),

It is an esoteric and highly sublime subject and has been comprehensively explained in the numerous commentaries of Spandakārikā. Spandakārikā consist of 3 niḥṣyanda or flows namely: Svarūpa Spanda, Sahaja Vidyodaya and Vibhuti Spanda. The first section deals with the Svarūpa, essential nature of Spanda and delineates the various methods through which Spanda tattva can be realized. Since the first section speaks of recognizing that Spanda as the innermost self, ahaṁ, it deals with introvertive absorption or nimīlana samāveśa. The second part of the text is aptly named as sahaja vidyodaya and explains how Spanda is not only the innermost self but also the real identity of the whole universe. It thus gives importance to extroverted absorption or unmīlana samāveśa through the rise of sahaja vidya, pure knowledge. The third section describes the supernatural powers that manifest in an aspirant through the realization of Spanda.

In Kṣemarāja’s Spanda Nirnaya, which an excellent commentary of the Spandakārikā, he gives the phalaśruti or the fruits of the study and assimilation of this text. He states that through the attainment of this treasure house of knowledge, which is exceedingly difficult to get, and through it being well preserved in the cave of one’s Heart or Hṛdaya, just as Vasugupta has attained, we too can attain the ultimate recognition. Thus, the grand reward of the knowledge of Spandakārikā is nothing short of complete and permanent realization of the Self.

The workshop aims at studying the ancient scriptural text and practicing the teachings using Dhāraṇā – holistic meditative inquiry, creative contemplation, group discussion, meditations with reading and reference to supporting scriptures such as Śivasūtra, Vijñānabhairava Tantra, Svacchanda Tantra, Tantrāloka, Śivastotrāvali, etc. all in line with the lineage and tradition. Participants will receive the transmission of the teachings in the manner as is taught in the traditional Kashmiri Shaiva lineage.

In order to assimilate the mystery of this seminal text we will adopt a four-step method of learning:

In this session, we will study the original text as well as identify the means to assimilate the sublime teachings.

A specific practice of awareness based on the morning study session will be offered. Participants will be inspired to apply this practice into their daily work life and live the teachings practically.

All participants will be divided into small groups of 5. These individual study groups will meet every day in the evening at their convenient pre-scheduled time and discuss

Every participant will focus their discussion on the teaching of that particular day and will learn as a group.

It is very important to articulate the learning and experience we have received during the day. Therefore, every participant will write a paragraph or create an artwork to illustrate their learning all through the day. They will share this paragraph with the common WhatsApp group so everyone can learn from each other’s insight.

All the international participants kindly contact us for the registration.

All are welcome. Workshop participants will be awarded a certificate. 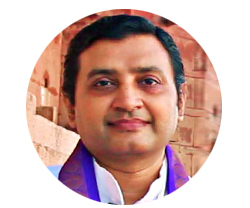 Ācārya Dr. Nihar Purohit, is a renowned academic scholar-practitioner based out of Varanasi, India. With a background in Engineering and Management, Acaryaji went on to complete his Śāstrī (Hon.) in Agama Tantra, Ācārya (Hon.) in Kaśmīraśaivāgama. He obtained his Vidyāvāridhi/Ph.D. from Banaras Hindu University for his doctoral research on ‘Pūrṇatā: A Foundational Paradigm of Trika Darśana and Yajurveda’ in 2012.

He has been privileged to study from various eminent scholars such as Pt. Hemandranath Cakravarty, Pt. Vrajvallabh Dwivedi, Prof D.B. Sen Sharma, the close disciples of M.M. Gopinath Kaviraj. He has learnt grammar from M. M. Vagish Shastri, Tantra Shastra from Ᾱcārya Ramji Malaviya and the fundamental principles of textual study of Iśvarapratyabhijñā kārikā from Prof. Navjivan Rastogi. Prof. Kamalesh Dutta Tripathi, a disciple of M.M. Rameshwar Jha, who has been a guiding light to Acharyaji from whom he learnt many texts of the tradition. The core concepts of the tradition by Prof. Kamalakar Mishra, Dr. Mark D., Prof Kamlesh Jha. and Dr Bhaktiputra Rohitam. He learnt the non-dual tradition as taught in Kashmir from Shri. Prannath Kaul, a direct disciple of Swami Laxman Joo Maharaj. He has learnt Upanishads and various mantras of Veda from Prof. Hridaya Ranjana Sharma.

Acharyaji has studied notable core texts such as Spandakārikā, Paramārthsāra, Iśvarapratyabhijñākārikā and portions of many other important texts. He has presented his research and has delivered lectures on Kashmir Śaivism at many seminars and workshops, making maximum use of his gift for teaching scriptures from the original Sanskrit texts and commentaries. He also conducts meditation sessions to make the scriptural teachings more applicable to day-to-day life.

Currently Acarya ji pursues his passion of teaching Scriptures of Kaśmīra śaivāgama. He was a guest lecturer at Dharmāgama Dept., S.V.D.V., Banaras Hindu University for 3 years. He serves as a faculty at Kashmir Shaiva Institute, Ishwar Ashram Trust, designing and teaching Sadhana Shiviras for the trust and conducts textual study workshops for Amrita Darshanam (ICSS) and other institutes, on various texts of non-dual philosophy of Kashmir. He is also a member of the Academic Council of Muktabodha Indological Institute. He is actively engaged in teaching and facilitating experiential learning of Śivasūtra and other texts at residence as well as teach online, in Hindi, English, Gujarati.

Being engaged in thorough research and teaching work, he is contributing profoundly to the field of Kaśmīraśaivāgama.